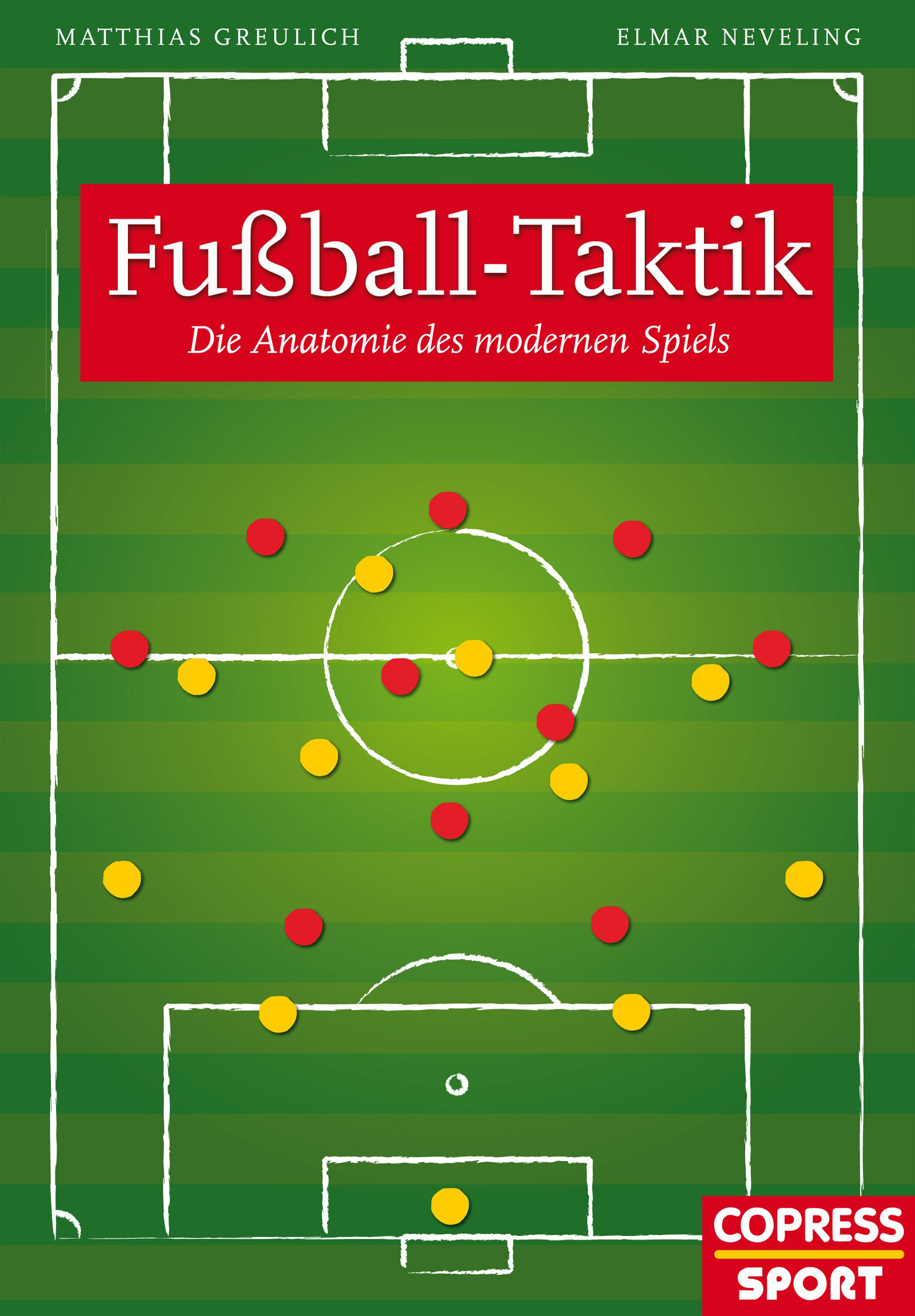 Look in the book

Modern football has not only become more athletic, but also more refined, analytical and variable, and the coaches are mutually exclusive in their own competition: to provide the best match plan. Sports broadcasting have also changed: the classic ‘1:0 coverage’ has outlived, and thanks to modern game observation systems and analytic tools, the coverage of the top sport according to tactical aspects has established itself firmly in the media. Also because nowadays the football-interested wants to know more than results and scorers – he wants to understand the game. Why has the coach favored one instead of two strikers? Why was the game plan suddenly changed after an hour? What is meant by talking about (German) expressions like ‘abkippenden Stürmern’, ‘dynamischer Dreierkette’, ‘Schnittstellen’ or ‘flacher Vier’?

“Football tactics – the anatomy of the modern game” provides a deep insight into football tactics and also answers detailed questions: Different tactical ground rules are covered as well as their most important elements such as ball possession and pass play, running performance and fitness, space orientation and shifting, switching between offense and defense as well as the adjustment during the game. Numerous experts supported the authors, including national team and Bundesliga coaches as well as football and media professionals. For example, Frank Wormuth, head of football coaches training at the DFB, gave the authors a passionate lecture on the tactics board, and by that, an extended understanding of football. Thomas Helmer provided insights into dry runs a la Giovanni Trapattoni, without a ball or opponent, where Bayern’s player themselves did not know how to take it. The former national team chairman Jens Lehmann reported about his experiences both from his professional career in England and from his coach education in Wales. Hockey national head coach Markus Weise, who succeeded in winning two Olympic gold medals with the men’s team as well as one with the women’s team, gave a valuable outlook beyond the boundaries of football. Arno Michels outlined clearly and in detail how he tried to ‘crack’ the overpowering Bayern together with Thomas Tuchel.

Partly, the experts were deliberately confronted with the same questions, as their different answers provided interesting insights – and thus made it clear that there is no one truth in football: in addition to the tactics and the chosen game system, day form, power, physical condition or mentality – and not least, as scientifically proved, there is also the pure happiness about victory and defeat.